Counselor of the State Council: Correcting the corporate income tax rate is not so urgent 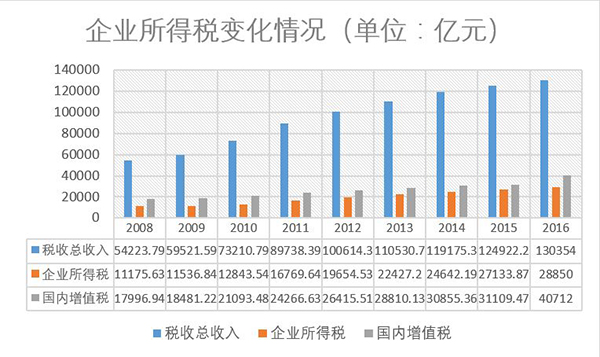 In 2016, the national fiscal revenue and expenditure final accounts have not been announced, and the national general public budget income data is selected.

State Council Counselor Liu Wei
æ¾Žæ¹ƒNews: Why is this draft amendment not adjusted for the corporate income tax rate?
Liu Wei: If we add the environmental tax levied next year, there are currently 18 taxes in China. Only four kinds of taxes are legislated, namely, corporate income tax, personal income tax, vehicle and vessel tax and environmental protection tax, including other tax types such as the current value-added tax, which are still hotly regulated. Therefore, for the legislative process of the National People's Congress, the first thing is to include the tax that still stays at the regulatory level into the legislative process.
The Corporate Income Tax Law was just passed by China in 2008. The basic spirit, intentions and some of the basic elements of the legislation are still in line with the basic requirements of law. So from a technical perspective, the revised tax rate is not so urgent.

æ¾Žæ¹ƒNews : From the current taxation structure of China, what is the status of corporate income tax?
Liu Wei : Corporate income tax income is currently in an upward trend in China. Because China has long relied on business tax, value-added tax, consumption tax and other turnover taxes, this tax structure may have certain problems, because a country's fiscal revenue is only a risk if it is provided by only one kind of tax.
Therefore, in the future, China should learn more from the experience of some developed countries, and let the income tax account for a higher proportion of fiscal revenue. The advantage of increasing the proportion of income tax is that there is less intervention in the production and operation process of enterprises. For example, some entrepreneurs report that enterprises pay taxes when they are losing money. This means that regardless of earning money, they must first pay a turnover tax such as value-added tax. From the perspective of long-term tax system reform, China is gradually reducing the proportion of turnover tax such as value-added tax. The state finance should reduce the dependence on turnover tax and more fair and fair income tax. Therefore, corporate income tax will play a very important role in China's future tax reform process. Therefore, we are extremely cautious about amending the corporate income tax rate.

æ¾Žæ¹ƒNews : What is the current focus of tax cuts?
Liu Wei : Tax cuts are an unshakable direction of our government. In the â€œcost reductionâ€ item of â€œthree to one, one reduction and one supplementâ€, â€œtax reductionâ€ accounts for a large proportion. This year we will stick to this direction, and it is inevitable to reduce the burden of taxes and fees for enterprises. However, there is a strong technical factor in what kind of tax is lowered and in what way. Before the draft amendment to the Corporate Income Tax Law, let us comment, but only to comment on the donation, so I think that the fundamental changes in the corporate income tax law may not be brewing.
What everyone is talking about now is actually reducing VAT. Because the impact of this tax reduction on the company is direct. The corporate income tax actually has a tortuous effect. If the enterprise makes money, then the income tax will have an impact on it. If the enterprise does not make money, the income tax will have little impact on it. Everyone's current tax reduction expectations are actually more on VAT. Because it taxes the sale of goods, it does not consider the loss and profitability of business operations. As a result, although the financial revenue is more secure, it is more stressful for enterprises. In recent years, the core goal of the â€œreform of the campâ€, which the government has vigorously promoted, is to reduce the burden of enterprises through the reform of the turnover tax. Therefore, the current trend of our fiscal and tax reforms is still concentrated on the turnover tax.
As far as legislative procedures and urgency are concerned, it is more urgent for VAT legislation. The Standing Committee of the National People's Congress has stated that it will complete the VAT legislation during the 13th Five-Year Plan period.

æ¾Žæ¹ƒNews : In the long run, will the corporate income tax rate be reduced?
Liu Wei : In the long run, the corporate income tax rate may not be long-term. China's corporate income tax law was passed in 2008. At that time, it was relatively normal and reasonable. However, after 2008, the world economic situation has changed. The global economy has entered a period of recession. Governments have started to cut taxes in order to stimulate the economy. For example, the corporate income tax rate in Southeast Asian countries was 25.5%, which is a little higher than ours. After 2008, their taxes have dropped a lot, so we are not very cheap in the middle and low-end industry competition. Recently, US President Trump also proposed to lower the corporate tax rate, which is a big impact for us.
According to the normal requirements of the tax law, China's corporate income tax rate should be moderately low in the world. But the problem is that some developing countries have many concessions outside the tax law requirements, which has caused their actual tax burden to be lower than ours. There is a part of the outward migration of China's processing trade and this is related to this. Of course, it is not the only reason, but also factors such as labor costs and logistics costs.

æ¾Žæ¹ƒNews : This draft amendment intends to increase the pre-tax deduction of public welfare donations incurred by enterprises. How should this be understood?
Liu Wei : It is very complicated to adjust the corporate income tax. It does not look like it is not high in fiscal revenue. However, in the calculation process, the technical content and influencing factors are much higher than the value-added tax. It is a good idea to adjust the corporate income tax. The whole body is moving. For example, the revised tax allowance for the donation, the portion of the corporate public welfare donation that exceeds 12% of the total annual profit, can be deferred for three years. This will affect the profit level changes and taxes caused by the donation in the enterprise for several years. Negative high and low, only this matter has a great impact on corporate income tax.
This amendment is actually related to the Donation Law. Because the charitable power of the people is very big now, the capabilities of social charities and charitable organizations in disaster relief and disaster relief will be further developed. Therefore, it is necessary to give donations to charities in enterprises. Certain taxation is clear and concessions, which is the main point of this corporate income tax reform. Corporate income tax has hundreds of such factors. To be fully adjusted is a huge systematic project, so the corporate income tax reform is not as simple as we think.

The titanium coated aluminium absorber sheet absorbs up to 95% of available sunlight converting into usable heat for hot water production. Flat plate Solar Water Heater can supply hot water with temperature between 50 to 60C for household and commercial application. 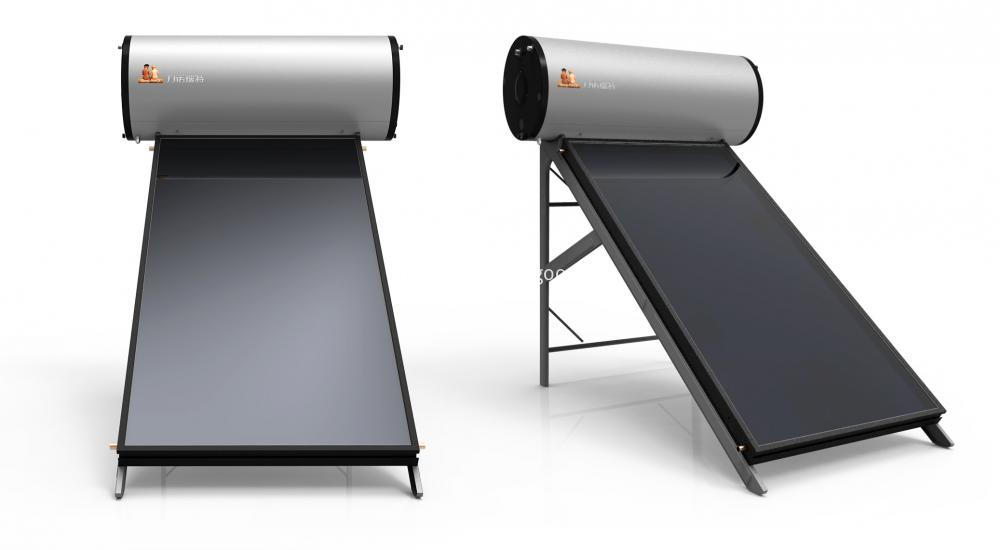