Jin Jiuyinjiu is known as the peak season for buying homes, which in turn leads to the season of home improvement in cold autumn and winter. For the new owner, home improvement is just as big as purchasing a home. It is the ownerâ€™s pursuit to decorate his new home with comfort and beauty. However, in the face of the current mixed home market, many homeowners have fallen into the home improvement due to lack of experience. Market traps. 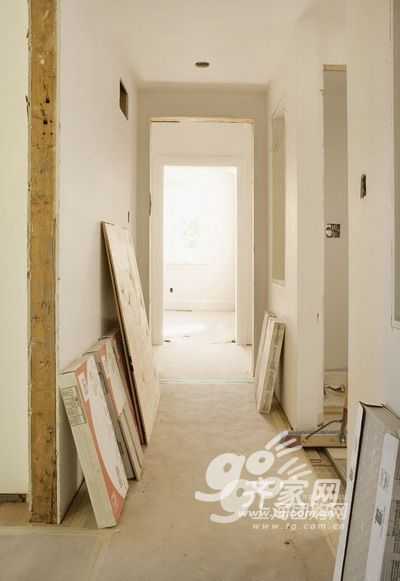 Recently, the Consumer Council of Zhongshan City released the sixth warning of this year to the public. According to the statistics of the Consumer Council, complaints about home improvement have increased significantly in recent months. Among them, disputes caused by unclear contracts and quality disputes account for the majority of disputes. The Consumer Council reminded consumers that when signing a contract with a decoration company, they must try to clarify all details and items in order to better protect their rights and interests.

However, just as Wu Ying awaited the renovation company to start work, she received a new quotation from the company. Wu Ying found that the new quotations stated that the previous renovation assessment had less room for one of the rooms. It now requires a â€œrevaluationâ€ and the final program budget is as high as 120,000 yuan.

The extra 45,000 yuan budget greatly exceeded Wu Ying's ability to bear. She said that she could not accept the results of the subsequent "revaluation" and requested a refund. However, after many consultations, the two parties never reached an agreement; Wu Ying had to file a lawsuit with the court after the Consumer Councilâ€™s mediation was invalid.

Coincidentally, owner Lin Qiang (a pseudonym) suffered the same "change price" as Wu Ying. It is understood that Lin Qiang has signed a formal renovation contract with a decoration company in Zhongshan City. At that time, the contract stipulated that the total cost of decoration was 75,000 yuan. The contract also stipulates that if new construction projects are added during the renovation process, the decoration company must quote, and the construction can only be done after the parties agree to sign.

Don't be tempted by "low-cost renovation"

The person in charge of the Consumer Council of Zhongshan City stated that in these two cases, due to the opaque budget of the renovation, one price was charged at the time of the budget, and the actual charge was another price. Some unscrupulous home improvement companies, first use low prices to attract consumers, and gradually increase in the renovation process.

For example, some decoration companies divide a project into several items to be priced separately. For example, the wall paint is dismantled into the wall for cleaning, scraping, smoothing, and recoating; the installation of water pipes is dismantled into buried pipes, faucets, hot water, and cold water pipes. Separate pricing, through the split project, the actual price greatly increased than the budget price, causing consumers to complain.

Therefore, consumers should learn as much as possible about decoration knowledge and information and carefully check the budget provided by the decoration company. The decoration budget information provided by a responsible decoration company should include the following contents: Detailed description of the production methods of all items, and the use of ambiguous words; all brands, specifications, models, manufacturers, etc. of building materials; detailed list of all The unit price, amount, area, total price, etc. of the material.

Bi Wei (a pseudonym) who lives in Shiyan District is struggling with the quality of home improvement. In June this year, Bi Wei has repeatedly measured and selected a well-known home improvement company in Zhongshan for its new home. The two sides reached an agreement on a project budget of 50,000 yuan.

However, when halfway through the renovation project, Bi Wei found that the decoration effect did not reach expectations. â€œIn addition to the quality of the polished tiles, there are various minor issues.â€ Therefore, Mr. Bi complained to the construction companyâ€™s project supervisor several times, but the project supervisor insisted that the quality of the company's construction had no problem.

Unbearably, Bi Wei proposed to the decoration company that the remaining paint project was his own responsibility, and the remaining paint project would be deducted from the budget according to the actual price. He would pay 30,000 yuan for the renovation cost. However, Bi Wei did not think that after this proposal was put forward, the carpentry work carried out at the same time was ordered to stop by the supervision company of the decoration company, and he proposed to pay 95% of the original 50,000 yuan project budget, otherwise the rest of the project Can't continue. In desperation, Bi Wei complained to the city's Consumer Council and the three parties found the owner of the decoration company to watch the construction site. In the end, the company agreed to submit a proposal to pay more than 30,000 yuan for construction projects, but the new home decoration was delayed.

According to industry analysts, the quality problems in home improvement projects are mainly due to the disorderly subcontracting in the decoration market. At present, most of the decoration companies are only responsible for receiving orders and design parts. The construction is outsourced to the so-called on-site supervisors. The supervisors then find out some temporary workers entering the construction site. Since these supervisors are also arranged according to the subcontracting price, in order to make more money, it is of course necessary to invite some cheaper workers in order to invite people. This makes it difficult to get some skilled artisans to make sure that the construction quality is difficult to guarantee.

Zhongshan City, the Consumer Council consultancy lawyer, Wan Li Wan Law Firm lawyer Zheng Wanzhen introduced, with the development of the real estate industry in recent years, complaints for the decoration industry is also increasing year by year. Due to the extreme asymmetry of information, consumers are in a disadvantageous position. Therefore, Zheng lawyers made three suggestions to consumers:

First, a written contract should be established for everything and should be as detailed as possible. It is suggested that when signing a contract, consumers should add specific items, quantities, standards, and time in the contract. You should also read the terms carefully before signing.

Second, add third-party standards to the contract. As consumers are in a weak position, whether to meet quality standards is also one of the major disputes between the two parties. At present, there are local decoration industry standards in individual places, detailed indicators of the decoration, consumers may wish to refer to these standards in the contract when signing a contract, so that when these disputes occur, they can be clear at a glance.

Third, choose a reputable decoration company and do your homework in advance. In the current situation, consumers are better off choosing a company with a better reputation, and they must do their homework by themselves. They should not blindly listen to the decoration company.

OBSH organic blowing agent for the manufacture of sponge and foam rubber articles based on natural and synthetic rubbers.